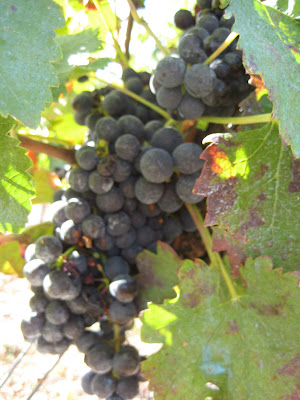 1 kg (2.2 lbs) boned rear leg beef shank (I've been told that you may have to special order this from a butcher as it is not a common cut outside of France- I don't know. I haven't made this in the US yet!)
3 onions
3 Tbsp capers
6 salted anchovy filets, carefully deboned
2 garlic cloves
One bouquet of parsley
3 bay leaves
Fresh ground pepper
3 Tbsp olive oil

2. Prepare the savory mixture by mincing the onions, the anchovy filets, the garlic cloves, the parsley, the capers and crumbling the bay leaves. Mix all this together in a bowl.

3. Take a heavy crock pot or enamel covered cast iron pot or well-seasoned dutch oven and pour the olive oil on the bottom. Place a couple pieces of the fat you removed in the center of the dish, just in case it heats unevenly, what will burn will be the fat, not the meat. Then, lay the meat slices, one layer thick, on the bottom of the pot to cover it, spoon on some of the savory mixture to cover; add pepper; repeat, the last layer being the savory mixture.

4. Put the pot on a high flame, bring to a simmer (2-5 minutes), turn down the flame and let cook for 3 hours, checking to be sure that the lid does not let steam escape as this is the basis for your sauce. If the pot lid is not a tight seal, you will need to add some water (a cup or so) during the cooking time, if it seals well, no water should be necessary.

To accompany this dish : shell pasta with a little olive oil, steamed broccoli and carrots. Should there be any left-overs, this dish both freezes and re-heats very well.

Bon appétit!
Posted by The Sabbatical Chef at 7:30 AM 1 comment: 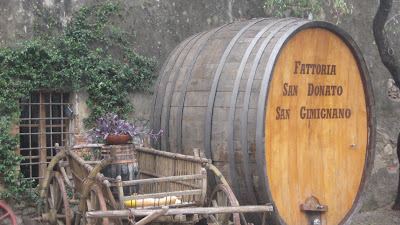 In a mixer or with a wooden spoon, blend the honey into the ricotta, then add the sugar. Add eggs one at a time, mixing well after each addition. Then add the juice and zest.

Pour into a lightly greased spring- form pan and bake at 175C or 350F for 45 minutes or until just about set, with the center still a bit wobbly. A bit of light browning along the edges is fine.

Remove from the oven and place in the refrigerator to cool and set.

Bon appétit!
Posted by The Sabbatical Chef at 7:09 AM No comments: