On Friday afternoons at school, we have a Community Meeting.  We all are in one big room together for announcements, celebrations, performances, guest speakers, and things of that nature.  This past Friday, I signed up to give a 15 minute talk.  I had hoped to have a special guest with me, but he couldn't make it.  I didn't let my mom know that I was doing this in advance.  I just didn't really think about it since I knew she couldn't be there.  I did call her Friday afternoon, though.  When I told her what I had done and that I had used a picture of her, she immediately wanted to know which one.  I hope that my sister Moo will share this with her. 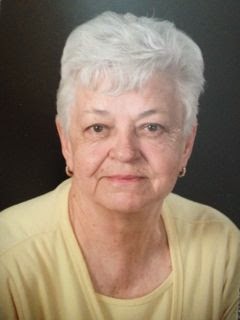 What is a hero?  I’ll bet you’ve been asked to write about that in one of your classes.  When I had to write about it when I was in school, I never had any idea who to write about.  But now I can tell you that my hero is my mother, or Mama Mildred, as she is known to my 8th grade students and to my blog readers.  In my experience, heroes never believe they are a hero.  They go about their own business or their jobs and do what is expected of them. 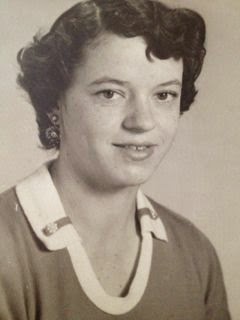 Mama Mildred married young, eloping at the age of 15 to marry my dad who was in the Army, stationed in Louisiana.  She grew up on a farm with no indoor water or plumbing.  Their only source of heat was a wood cookstove in the kitchen and a potbelly stove in the living room.  My mom has spent her life taking care of others.  Her parents, her four children, her mother-in-law, her husband, my dad, during his four year battle with cancer, her son, my brother, who is ill—she takes him coffee and a biscuit every single morning, her grandchildren and now her great grandchildren. She never expects anything in return.  She encouraged me, her oldest child, to go to college, even going so far as getting me a summer job in the factory that she worked in, making Wrangler blue jeans. I wasn’t sure about college.  She knew she couldn’t help me pay for it, but she figured she could motivate me enough to figure it all out.  It worked.  She has supported me in my every endeavor and adventure, although I moved away from the little town in the mountains where I was born, away from her.  Mildred is a very courageous woman.

What is courage?  I imagine all of you know that Tuesday was Veteran’s Day in the U.S.  In France, it is known as Armistice Day, the day that a treaty was signed in 1918 calling for a laying down of arms, an armistice.  It was to end the Great War, la Grande Guerre, as it is known in French.  To honor the soldiers who gave their lives in the war, an unknown soldier’s body was place under the Arc de Triomphe in Paris in 1920. 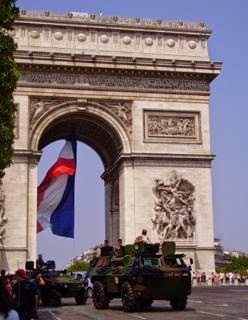 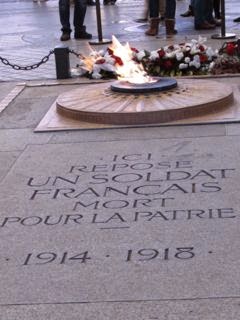 Every evening at 6:00 pm the flame is rekindled and a short ceremony is held.  Last year, I watched this ceremony. 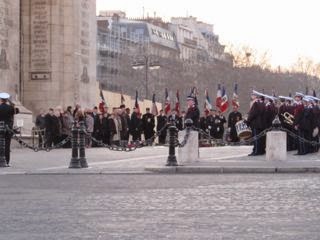 15 million people died in this war and everyone thought that it would be the last one.  However, only 31 years later, Europe found itself at war again.  WWII had begun.  Even though I was not alive during WWII, I am very interested in it.  My high school French teacher was from a town in northern France named Soissons. 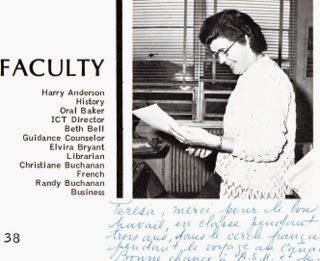 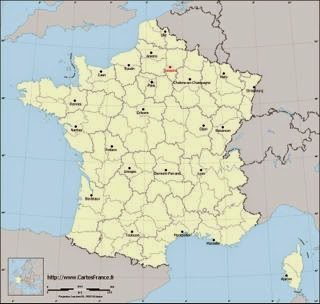 During WWII, she met an American soldier, Moil Buchanan, who had come to help free the French from the Germans who had taken over their country and were occupying all of northern France.  Christiane Roze married her soldier and moved from Soissons to the mountains of North Carolina where she taught French at Harris High School.  That takes courage!

I fell in love with French and Mme Buchanan took me under her wing, making sure that I went to college with enough scholarship money to pay my tuition.  She wanted me to take her place when she retired, but I wanted to move to the big city and have been teaching now at DA and living in Durham for 35 years.  When I went to France for the first time, I was 20 years old. I visited Mme Buchanan’s hometown and met her family.  Every time I go to Paris, I light a candle for her in Notre Dame cathedral in her honor and now in her memory.  She died in November 2008, on the very day I was in Notre Dame lighting a candle. 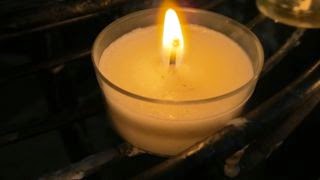 I had hoped to introduce you to a very courageous man today, a true American hero.  I met Mr. Ed Chappell last year through a French teacher friend of mine in Chapel Hill.  She and her students were raising money to take two WWII veterans to Normandy for the 70th anniversary of the D-Day invasion.  Senor Glass, Mrs. Harrell, Mme Moore and my advisory groups made donations to this project. 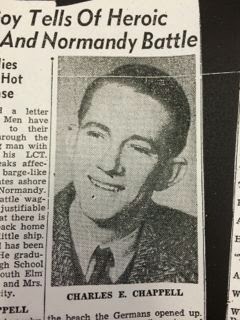 Last spring, I got a phone call from one of the veterans, thanking me for our donations.  The gentleman who called me, Ed Chappell, offered to come talk to my students, if I would like.  I arranged for him to come and he and I became fast friends.  He has quite a story to tell.  A story of bravery, courage and heroism.  He will tell you that he is not a hero, that he was only doing his job.  I disagree with him each time he tells me this.  He is a hero.  I talked to him in late May, just a few days before he left for France.  He was very excited and a little nervous about going back.  He didn’t want to be a burden to the students or to the family who was hosting him.  Mr. Chappell is 92 years old.  He was invited to France for the official ceremonies in Normandy on June 6.  Only veterans and their families were allowed to be there, as well as visiting dignitaries, of course.  President Obama was there.  The group visited schools and were the guests of honor everywhere they went.  Mr. Chappell stayed with a French family and he was worried that they wouldn’t be able to communicate.  When he returned, he called to talk to me about his trip and how much it meant to him. He told me that the French woman who hosted him was an excellent cook and that he ate like a king!  He couldn’t believe that every dinner was a three-course meal.  The Campbell Soup company used to have a TV commercial and the slogan was “Mmm, Mmm Good!”  Mr. Chappell said he taught his host family that expression because it was the best way he could figure out how to thank them for the great food. 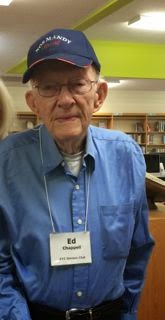 He couldn’t come today because he is having chemotherapy treatments that make him very tired.  He has promised to come visit as soon as he is feeling better.  I could tell you more of his stories, but I will let him do that when he comes.  Suffice it to say, he was overwhelmed by the gratitude that French citizens, young and old alike, expressed for his actions in 1944.
A few years ago, he decided to write down his memories of June 6, 1944.  He told me that over the course of his life, he has forgotten quite a few details, but that he remembers that day clearly.   I will leave you with a short video clip from last spring when he visited DA.  Thank you for your attention.  Have a great weekend.

Bon appétit to Mama Mildred, Mr. Chappell and to heroes everywhere.  Thank you.

Posted by The Sabbatical Chef at 5:03 PM